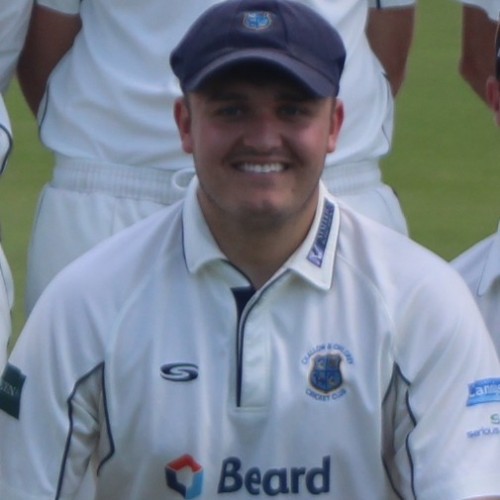 Joe Harris held the earlier batting together, but with his dismissal suddenly an imposing score disappeared over the cloudy horizon. A total of 150 at best seemed likely. But the lower middle order turned this game on it's head, from 107 - 5 to 193 - 7 in 12 overs was for me the turning point. Led by Luke Jones 51, and rattling along at 7 an over this sort of batting revival knocks the stuffing out of any team. Fair play to skipper for taking the attacking option and pulling the plug at 50 overs.
As it turned out a blistering opening spell of left arm pace from Ross Packham dismantled Sandford. 11 overs 22 - 5 a deserved reward, backed up by Phil Armstrong 4 - 12 and a romping victory wrapped up with 15 overs to spare.
Spare a thought for the poor spectator, warmed by the result, but boy, it was cold.